We accept short films, VR and media arts projects for our upcoming festival edition that takes place from 23. - 29. August 2021. Our new Prize goes to the best Animation Film!

In addition to the annual prize money worth CHF 10'000, the winners of the 13th Gässli Film Festival will receive a "Basil". The trophy with the motif of our local Basilisk dragon will be presented to this year's winners as a thank-you and appreciation for their craft.

Our jury will award the following prizes:

We look forward to welcoming you at the festival! You can also visit us at the Basel House of Film during the year and drop off your movie personally. Starting in March 2019 we opened a filmmaker's residency for which we accept applications on a rolling deadline. 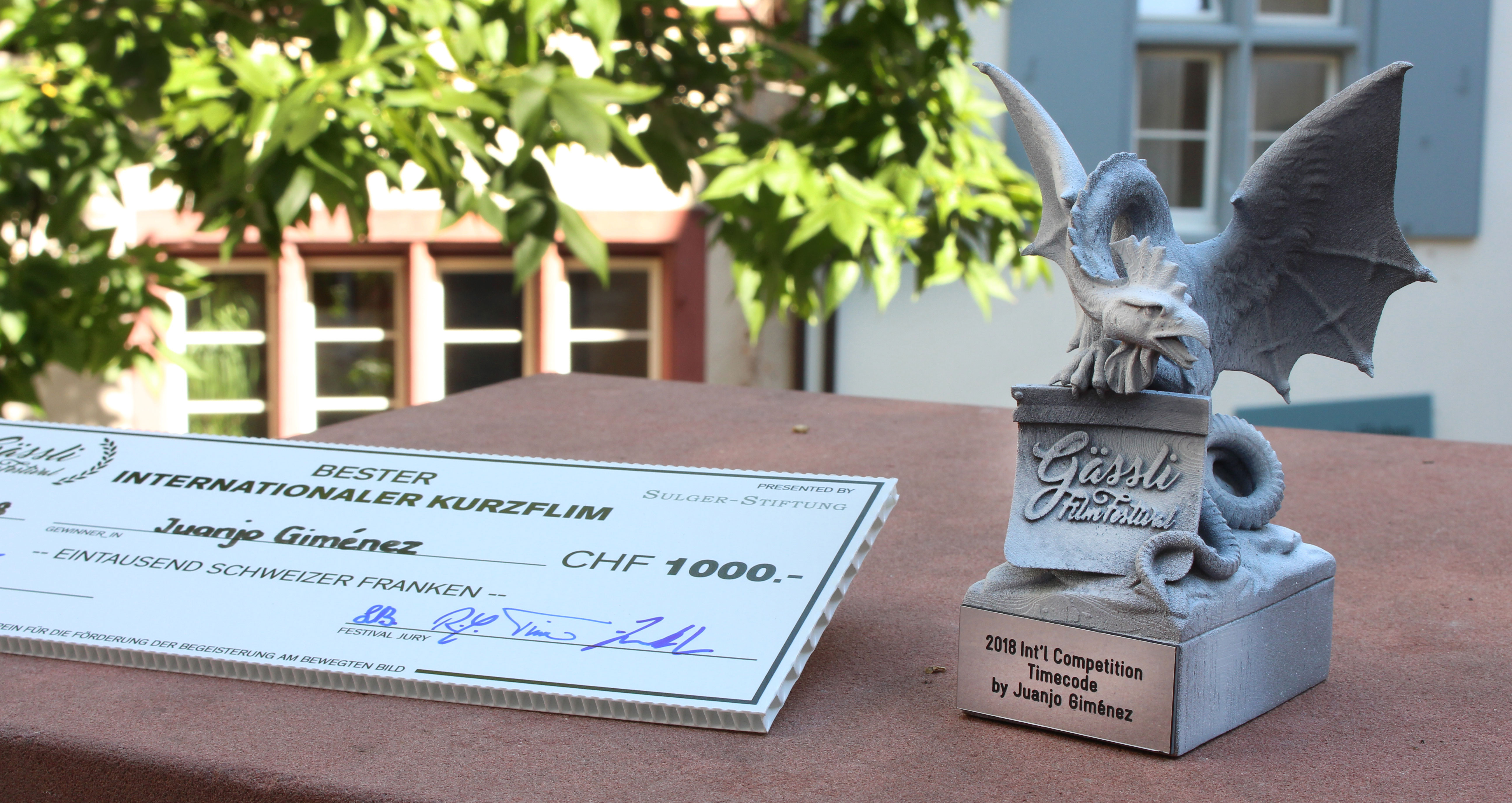